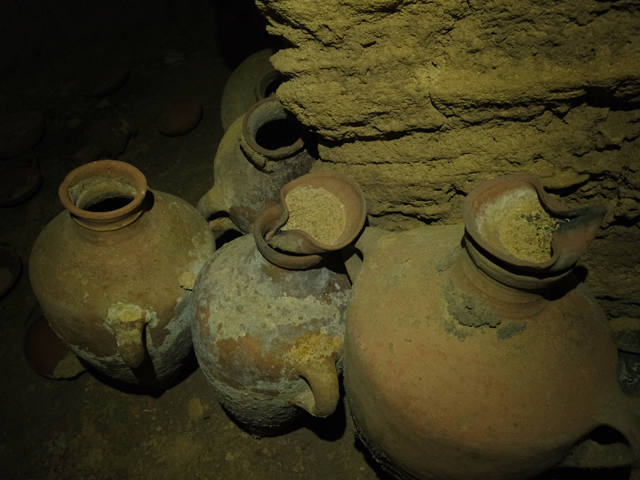 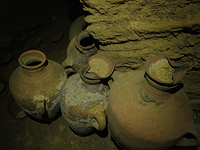 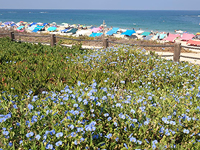 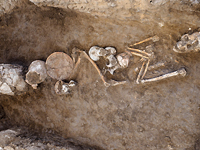 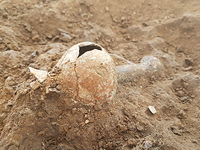 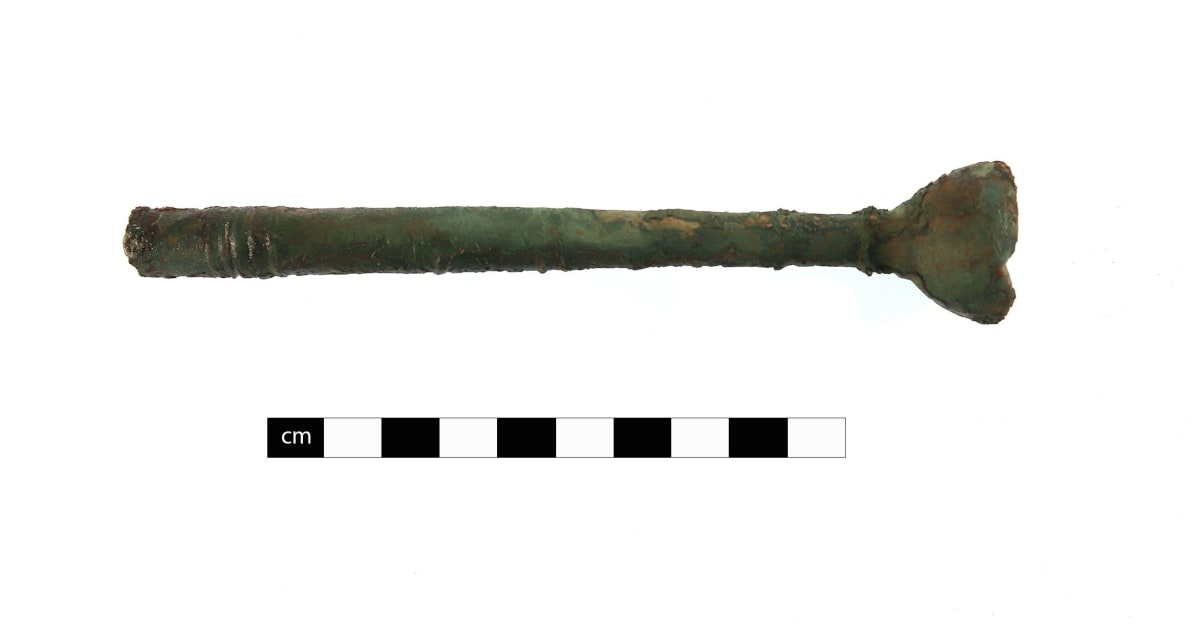 An instrument of war: an exceptionally rare ancient Roman cornu mouthpiece unearthed at Vindolanda this summer gives a unique insight into the sound of the Roman Army.

Release date 21st September 2022
Buried deeply below the remains of a schola (officers’ club house) and left with the debris over a Hadrianic workshop floor, a remarkable musical discovery was made in the silty mud on the Vindolanda excavations this year.
An extremely rare copper alloy cornu mouthpiece, dated to AD120-128, was uncovered in May of this year. The object, which is a first of its kind in the Vindolanda collection, has now completed the conservation process and is undergoing further research. The cornu (Latin “horn”, both musical and animal) was an instrument around 3m long, curled into a letter ‘G’ shape and was commonly supported by a wooden pole, allowing for some of the weight to be held on the shoulder. Cornua are depicted in many Roman settings on imagery with military, ceremonial and entertainment use.

The Roman army used the cornu to transmit orders to the troops in battle and the cornu is depicted on Roman military art such as Trajan’s Column in Rome as accompanying the movement of the standards. Member of the Ermine Street Guard playing a replica cornu at Vindolanda earlier this year.
"This is a really exciting find here at Vindolanda", stated the Trust’s Curator Barbara Birley. "We know that instruments like the cornu existed in the ancient world but when you find part of a musical instrument it helps us to build a better picture of not just what the army looked like but also how they sounded. This discovery along with exceptional artefacts like the Vindolanda writing tablets, thin handwritten wooden letters, add so much more to our historical understanding of this remarkable Roman fort".
Dr Andrew Birley, Director of Excavations at the Trust commented "Finds like this bring another dimension to our appreciation of life and the ruins left behind, a soundscape to go with the smellscape of the Hadrianic forts and remains and it is apt that we made this discovery in the year that we celebrate 1900 years since the building of Hadrian's Wall commenced".
The newly uncovered mouthpiece will join the other exciting artefacts from the 2022 excavations in the ‘new finds case’ in the Vindolanda Museum from Easter of next year.
Нажмите для раскрытия...