For the first time ever a giant RAF Chinook helicopter has been stowed in the hangar of a British aircraft carrier.
Нажмите для раскрытия...


On the tarmac of St. Louis’ historic Lambert Field, the future of aircraft carrier aviation may be taking shape. Phantom Works, Boeing’s shadowy advanced prototyping group, has painted part of the tarmac to resemble the flight deck of a carrier. Over the past few months, the company been using this space at all hours of the day and night to test its latest military UAV: a prototype for the U.S. Navy’s MQ-25 “Stingray” program.

A video viewed by Aviation Week and labeled “competition sensitive” shows the huge drone taxiing around the runway during daylight hours on its own power. It stops, starts, moves forward and hooks into position behind the catapult, prepared for launch. But the long-wing aircraft has not yet flown; it is instead being used for carrier suitability trials, including a series of maneuvers to ensure the UAV can easily, reliably and safely move around the deck like any manned aviation platform.

Exactly how the aircraft is directed around the deck is a company secret. We have agreed not to write about it, but one can guess that it will not involve traditional hand signals or wands. As part of the carrier suitability tests, Phantom Works also has been validating the UAV’s “spot factor” and ensuring that it can park anywhere a Boeing F/A-18 Super Hornet can, including the tightest spot of all, a slither of deck aft of elevator No. 4 called “the finger.”

Although originally conceived for the Navy’s Unmanned Carrier-Launched Airborne Surveillance and Strike (Uclass) program, Boeing’s aircraft is now being promoted as the perfect fit for aerial refueling missions at sea. While other Uclass contenders such as Northrop Grumman had been pressing for the development of stealthy intelligence, surveillance and reconnaissance (ISR) aircraft that can find and destroy targets, Boeing saw greater potential for a UAV that conducts tanking, while retaining residual capability for surveillance and strike, if needed. What resulted was the “T-1,” as the company’s lead aircraft for the MQ-25 is designated.

Long before Uclass, the Navy had wanted to develop a carrier-based UAV for tanking duties, rather than continuing to chew through the precious service life of manned, refueling-capable strike aircraft. The program restructuring in 2015 that gave rise to the MQ-25 Carrier-Based Aerial-Refueling System (CBARS) was good news for companies such as Boeing, which were not as invested in surveillance and strike compared to Northrop, which bowed out of the competition in October 2017, leaving the X-47B UAV demonstrator high and dry.

In an exclusive interview with Aviation Week, Boeing Phantom Works MQ-25 program director Don “BD” Gaddis revealed that the T-1 prototype now being tested at Boeing’s military aircraft plant in St. Louis was actually rolled out in November 2014 but was kept hidden from public view until now. The strange-looking creature first broke cover in December 2017, when Boeing released an obscure, front-on image via Twitter. Having started outdoor trials, the company knew it was only a matter of time before images started leaking online.

U.S. aircraft carriers are often busiest at night, so Boeing and the other MQ-25 contenders with concept refinement contracts have had to conduct deck-handling demonstrations during both daylight and nighttime. Credit: Boeing
Sure enough, in early January, The War Zone published eight fuzzy images taken by Jeremy McGough as he was flying out of St. Louis Lambert International Airport. Those are the only public images so far that show the aircraft in its entirety, including the full span of its gliderlike wings.

“Lambert actually helped us by allowing us to use part of the airport concrete, which we painted up as a flight deck. They even let us use an unmanned drone to take video with,” Gaddis says. “When doing the demonstration, we tried to be as close as possible to a carrier flight deck as we could.”

With Northrop’s withdrawal, Boeing is now one of three prime contractors in the Navy’s multibillion-dollar MQ-25 competition, going up against alternative proposals from General Atomics Aeronautical Systems (GA-ASI) and Lockheed Martin Skunk Works. The three companies each responded to Naval Air Systems Command’s Oct. 4, 2017, MQ-25 request for proposals by the Jan. 3 deadline and are now awaiting a source-selection decision expected in early August.

Boeing has fashioned part of St. Louis Lambert International Airport into an aircraft carrier deck, complete with a mock catapult system. Credit: Boeing
“We’ve put together a good proposal against the requirements,” Gaddis says. “My boss [Leanne Caret, the head of Boeing Defense, Space & Security] sees MQ-25 as a franchise program for the company, and she wants to win it, as does my CEO [Dennis Muilenburg]. We are going to go out and win this thing.”

Boeing is so determined to win this program, it has backed two sides. Boeing Autonomous Systems, a newly created business unit responsible for most of the company’s unmanned programs, is aligned with GA-ASI for the competition and has been internally “firewalled” from the Phantom Works program. “I don’t know anything about what they’re doing because of the firewall,” Gaddis says of the dual teaming arrangement.

The clean-sheet T-1 aircraft dates to October 2012, when Boeing completed the initial design review. It was quietly rolled out two years later and is now supporting Boeing’s concept refinement and deck-handling demonstration work for the Navy, while also building up to first flight. Gaddis will not say exactly when the aircraft is due to fly, but it will likely happen sometime after the contract award in August.

From the front, the Phantom Works MQ-25 looks stout, but the airframe is actually elongated, with a far-rear center of gravity. Boeing has cropped this image to avoid showing the full length of the high-aspect-ratio, fold-up wings. Credit: Boeing
The aircraft looks nothing like Boeing’s earlier Phantom Ray flying-wing design, which first flew in April 2011 and had been a candidate for the Uclass surveillance-and-strike role. What the company has come up with is a stretched-out wing-body-tail aircraft with a V-tail ruddervator and fold-up, high-aspect-ratio wings. When the first images were released, there was some misguided speculation about the purpose of the forward air intake and the nose camera. But Boeing confirms that the forward inlet simply supplies air to the environmental control system and the camera is being used to collect data during testing and does not feature in the actual MQ-25 design. The final versions will, however, carry an electro-optical sensor.

The aircraft has been compared with the Northrop Tacit Blue, a first-generation stealth technology demonstrator, but Gaddis confirms that the Boeing MQ-25 is not designed for low-observability or “stealth.” At most, the aircraft may employ some radar cross-section and infrared signature reduction techniques, such as the fuselage chine, top-mounted air intake, and heat-reducing exhaust vent. But with wings like an albatross, the long-haul UAV will show up on modern radars.

“It’s not meant to be a stealthy aircraft,” Gaddis says. “There are no survivability requirements at all with MQ-25. They’ve been narrowed down to mission-tanking and CVN [nuclear-powered aircraft carrier] suitability and compatibility.” The aircraft will have sensors for situational awareness, or “light ISR.”

Boeing’s prototype was rolled out in November 2014, but kept secret until recently. This placeholder image showing a mystery aircraft with the aerial refueling pod was all Boeing would release prior to the start of outdoor trials. Credit: Boeing
For mission tanking, the threshold requirement is offloading 14,000 lb. of fuel to aviation assets at 500 nm from the ship, thereby greatly extending the range of the carrier air wing, including the Lockheed Martin F-35C and Boeing F/A-18 Super Hornet. The UAV must also be able to integrate with the Nimitz-class carriers, being able to safely launch and recover and not take up more space than is allocated for storage, maintenance and repairs.

“Going back to Uclass, tanking was part of the design space. It was a mission we designed into this airplane,” Gaddis explains. “This airplane can meet all of the requirements, with substantial margin. We are in a really good spot.”

In pursuing the MQ-25, Boeing draws on more than 90 years of CV aircraft carrier experience, much of which came through the merger with St. Louis’ McDonnell Douglas in 1997. The company’s carrier heritage stretches back to the 1930s Douglas TBD Devastator, 1940s Douglas AD-1 Skyraider and McDonnell F2H Banshee through to the Douglas A-4 Skyhawk, McDonnell Douglas F-4 Phantom, F/A-18 Hornet and latest-generation F/A-18E/F Super Hornet. “We have lots of experience on the CVN, so we’ve reused all of that experience on this particular airplane. We have 1.8 million flight hours on the Hornet alone,” he says.

While GA-ASI has already revealed its teammates for the competition, Boeing and Lockheed Martin have not been willing to divulge those details just yet. Boeing has also made every effort to disguise and distort the wingspan of the T-1 to prevent competitors from gaining too much insight. Boeing won’t say what systems its MQ-25 proposal carries forward from the Super Hornet, nor will the company confirm its suppliers for major components such as the engine, tail hook, landing gear, avionics, satellite communications, radios or sensors.

One known component with which Boeing is intimately familiar is the Cobham aerial refueling system, or “buddy pod,” that the Super Hornets have been using to top-up teammates since 1998. The pod is provided as government-furnished equipment and will be the MQ-25’s main component for air-to-air refueling.

The contract for which Boeing, Lockheed and GA-ASI are competing is a fixed-priced award for the development and construction of the first four aircraft. The Navy hopes to purchase up to 72 operational models for carrier deployment and achieve initial operational capability, expected by 2026.

This is a priority program for the chief of naval operations, coming under the purview of the newly created Maritime Accelerated Capabilities Office. Now in the acquisition “speed lane,” the Navy hopes to reach initial operational capability by 2026, or eight years from contract award.

The competition is for delivery of the aircraft only, since the Navy is the lead system integrator, responsible for bringing together disparate components such as the UAV Control Station, and ensuring compatibility with emerging technologies, such as the Raytheon Joint Precision Approach and Landing System.

Although Boeing has not yet decided where the MQ-25 will be built, the future of military aircraft manufacturing in St. Louis and Boeing’s place on the carrier deck may rest in the balance, since the Super Hornet won’t be around forever. Having failed to capture the big-ticket multiservice Joint Strike Fighter and Air Force Long-Range Strike Bomber programs, Boeing needs to win either the Air Force’s T-X next-generation trainer or MQ-25 competitions to stay relevant, since there aren’t many other military aircraft programs of this size or scope on the near horizon. For Phantom Works at least, T-1 is the answer.

“We’ve put forward a low-cost, low-risk offer that adds up to this mature T-1 aircraft that will be ready for flight-testing right after an award,” Gaddis says. “We have a very good shot at winning.” 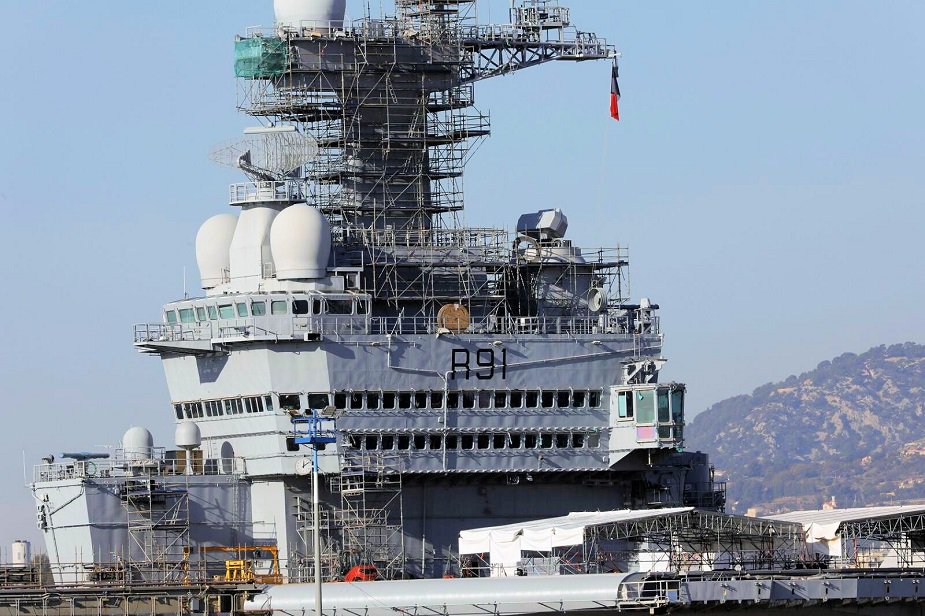